Buenos Aires, Argentina – Psychodelic Reggae! It might sound crazy but it’s not. Singer-songwriter Sie7e releases his first single as an independent artist in seven years, with a strong reggae sound. After a year of drastic change, Sie7e relocated to Buenos Aires, Argentina, where he disconnected from the media and reconnected with both himself and the music. This turned out to be the perfect scenario for new music to flow.

“I fell in love with music and making songs again. This is the project I am most proud and grateful for. It is transparent and mature,mthe album I always dreamed of creating. I am very excited to be able to share it soon,” Sie7e explained.

The result is an organic album, “Non GMO,” it is honest, free of pretensions, recorded LIVE with just one take with his band “The Islanauts,” new name the band has adopted after years with Sie7e. The first single is titled CocoMangó, an intimate song that looks at love and sexuality through a spiritual lens. The single and album mark a new beginning for Sie7e, similar to what he experienced with “Tengo tu Love” seven years ago. The artist once again releases new music under his own label, “La Vida Buena Music,” with the purpose of presenting a live musical document, human and vulnerable all recorded in one take. The new album can be described as psychedelic reggae, with a retro sound with a modern twist, it is Sie7e’s own sound, always having reggae as a base. 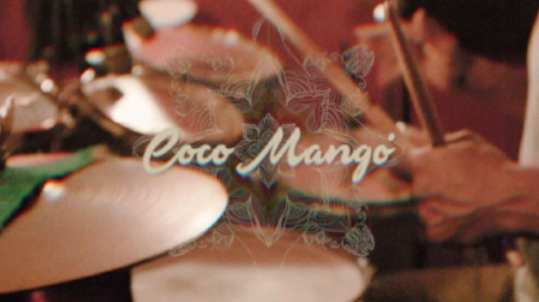 The video for CocoMangó was directed by Ariel Annexy, from Producciones Cabeza, who has been frequent collaborators since the beginning of Sie7e’s career. The video is a photograph, a document of the magic lived by the band in the studio. The album was produced and mixed by Sie7e, additional mixing done in Afro Recording Studio, Buenos Aires by Sie7e and Facundo Jara. Recorded in Anbessa Studios, Puerto Rico by Benjie Fuentes (keyboards) and mastered by Alejandro Patiño “Mosty” in Medellín, Colombia. The album is a genuine and organic collaboration between Puerto Rico, Argentina and Colombia, giving those who listen to it the same good feelings and energy that was felt while recording it.

Diversity Means Nothing If the Stories Are the Same

If we are going to tout diverse books, we need diverse narratives. … More

Lalo Montoya is the political director of Make the Road Nevada and a longtime activist and organizer from Colorado. … More

"My American Dream is the belief that I can continue to reinvent myself into the best person possible." … More