Cuba takes center stage on PEDRO PAN! A new musical based on the real-life events of Operation Pedro Pan is an official selection at the New York Musical Festival 2017. Pedro, a young boy is sent to the U.S. to escape the growing dangers of post-revolutionary Cuba. To survive, Pedro must learn a new language and a new culture – while hoping to someday be reunited with his parents. With a score featuring the percussive rhythms of Havana to ’60s New York soul, PEDRO PAN examines what it means to be a displaced immigrant in America. Named Top 10 Off-Off Broadway Shows 2015 (MWAT) and Theatre Is Easy’s Best Bet 2015. PEDRO PAN is an official selection of the New York Musical Festival Developmental Reading Series. 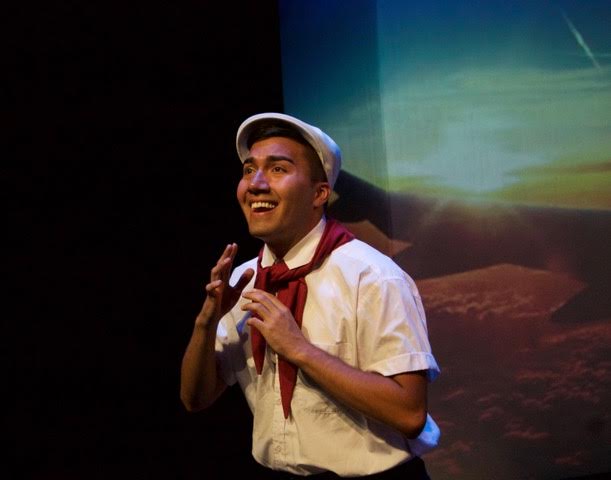 Operation Pedro Pan occurred between 1960-1962. Over 14,000 Cuban children were sent alone on a journey from Cuba to the United States by their parents, who feared the Castro Regime remove their parental rights and send their children to military schools and to Soviet Labor Camps.

“Although the story takes place in 1962, the themes of cultural acceptance and race relations remain heated topics in 2017,” says writer Rebecca Aparicio. “We have all experienced being the new kid or dealing with the sense of a lost identity. As the daughter of two Cuban exiles, my hope is that children can identify with Pedro and find comfort knowing they are not alone in their journey.”

Marlena Fitzpatrick is a Nuyorican socialite who works in arts, entertainment and media.

Arturo Dominguez is a writer and musician from New Jersey by way of Houston, Texas

Remember when Selena was a brown girl? … More

A chat with Jose Alicea, the man behind Souletri, which has been
Many of the artists I have met who are of la quinta
Remember when Selena was a brown girl?
A new Netflix documentary on femicide in Mexico begs the question: What
Some thoughts on Spanish music, Spanish names, and Latino discrimination against Afro-Latinos
Go to Top