(New York, N.Y.) – The Immigrant Arts Coalition, an activism support group comprised of New York City- based cultural organizations, today sent a letter to President Donald Trump about the U.S. Citizenship and Immigration Services (USCIS)’s “harmful” decision to adjust its mission statement and calling on the President to support the contributions of immigrant artists in our country.

“We urge your administration to commit to protect and preserve the rights of those who seek refuge and opportunity in our country, starting by imploring that the USCIS ensures its mission statement reflects this,” the letter reads.”Your words, and your actions, matter. We need immigration policies that light the way forward for the ‘DREAMers’ and the dreamers, that topples instead of builds walls, that unites families instead of tearing them apart, and that strengthens diversity instead of creating uniformity.”

The Coalition began forming in July 2017, when a group of arts and cultural organizations held their first arts summit at the Museum of Jewish Heritage. The Coalition’s agenda focuses on key areas of the arts: Advocacy, Diversity Support, Collaboration, Empowerment Through the Arts, and Artistic Engagement.  You can learn more about the Coalition and its principles at www.immigrantarts.org.

You can read the full letter below: 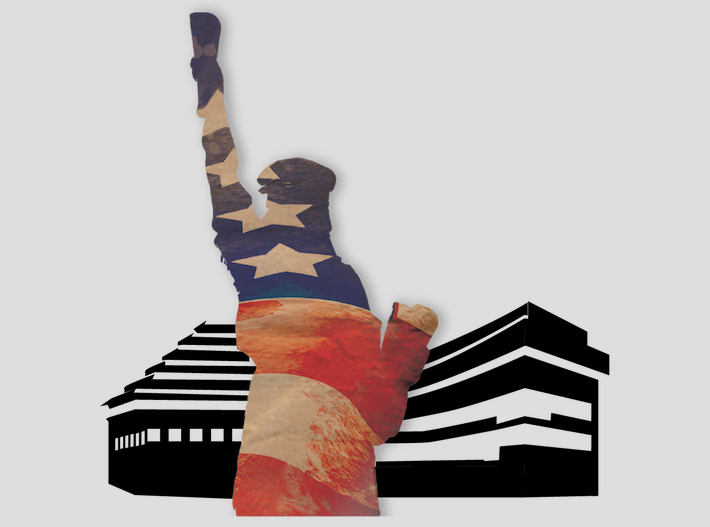 Art has the unique ability to foster dialogue and understanding and strengthen relationships between the United States and the rest of the world. Art helps us convey our own beliefs and values and appreciate those of others. Artists are the cornerstone of our society. Acknowledging the notable, ongoing contributions of artists and arts organizations identifying with cultures from across the world, we have launched the Immigrant Arts Coalition, a support group comprised of New York City-based cultural organizations. This network of multi-disciplinary arts organizations and individuals recognizes that American culture has historically attracted and absorbed arts from abroad. We were surprised to learn that the U.S. Citizenship and Immigration Services (USCIS) has made a harmful decision to alter its mission statement removing “America’s promise as a nation of immigrants” and “granting immigration and citizenship benefits” this week. Most immigrants come to our country of their own free will to flee adversity, injustice, and the constructs of monarchy. Our nation’s guiding principles of democracy, fairness and freedom should serve as beacons of hope.

We urge your administration to commit to protect and preserve the rights of those who seek refuge and opportunity in our country, starting by imploring that the USCIS ensure its mission statement reflects this. Your words, and your actions, matter. We need immigration policies that light the way forward for the “DREAMers” and the dreamers, that topples instead of builds walls, that unites families instead of tearing them apart, and that strengthens diversity instead of creating uniformity. During your State of the Union, you stressed that immigration policies will focus on the “best interests of American workers and American families.” Those “best interests” must consider that many of those who call America home – now, and in the future – trace their lineage to lands spanning the world, and their experiences continue to make our country greater and stronger every day. Our coalition vows to share the countless riches and educational value of the arts from their countries, cultures, and backgrounds, and forge a larger mandate for culture that is inclusive and based on mutual respect.

This is why our Coalition will strongly oppose any proposals and policies that weaken or eliminate their rights, and diminish the value of multiculturalism exemplified when former President John F. Kennedy first called our country a “nation of immigrants” 60 years ago. President Kennedy’s words then are as relevant then, as now, when he wrote, ““Immigration policy should be generous; it should be fair; it should be flexible. With such a policy we can turn to the world, and to our own past, with clean hands and a clear conscience.” We urge you to support this vision for the benefit of our country and our people. American culture was built upon the shoulders of immigrants who sought a better life. Their values and cultures must continue to be celebrated, not denigrated, to make America the great mosaic that it always has been, and should always be.

Is America on the Verge of an Extinction Burst of Racism?

Hate is now in its death throes -- hopefully. … More

The Confederate States of Latin America

A chat with Stephanie Manriquez, a writer, radio producer, music selectah and teaching artist based in Chicago … More