Our music editor  Marlena Fitzpatrick had the honor of being the welcome keynote at the Immigrants Arts Summit. 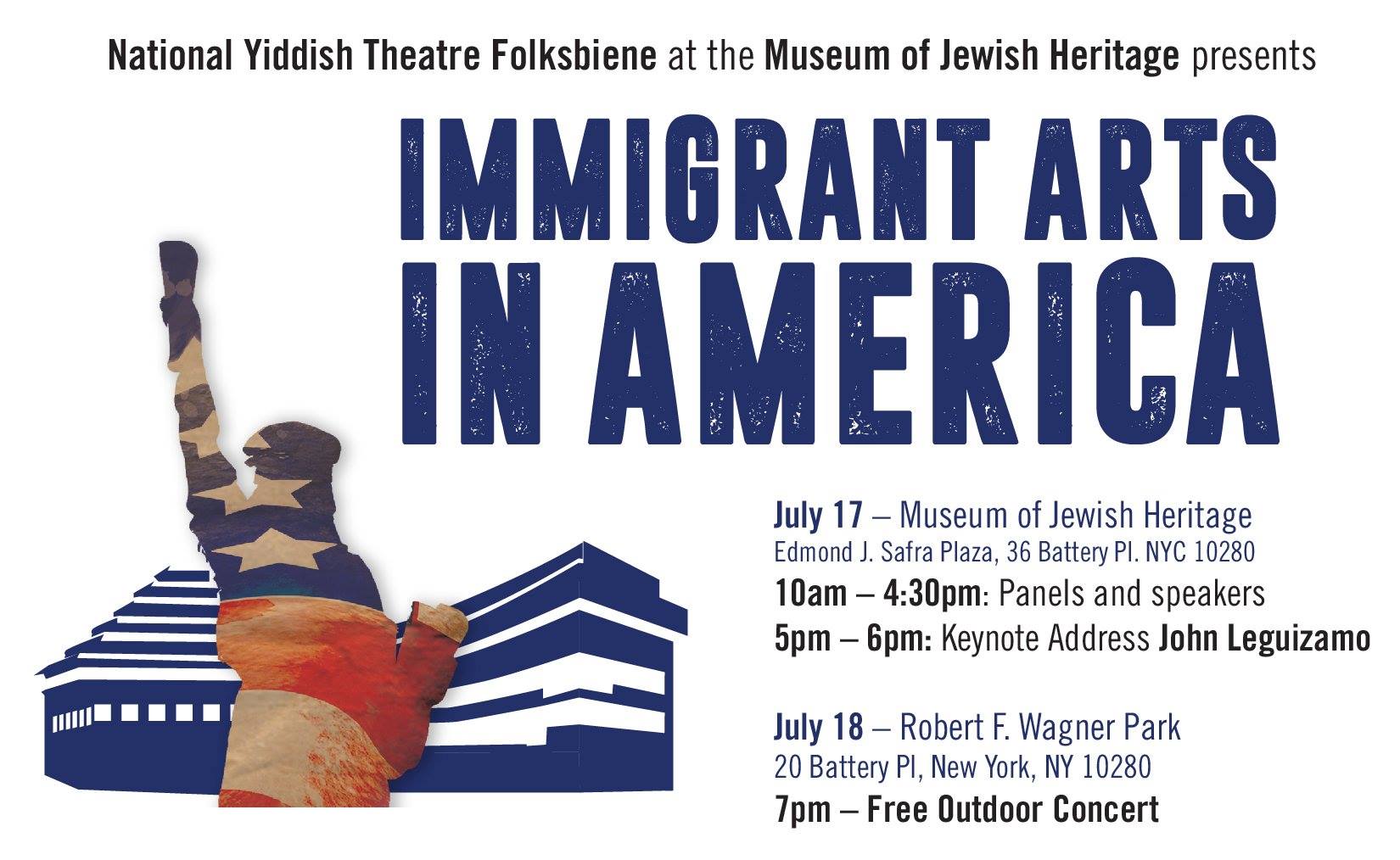 Immigrant the big “I” word. Of course it is; it’s I, me, you, we, us. We’re a collective of big eyes. We’re proud immigrants opening eyes with our art. We’re fully aware of our environment and we bring all peoples together to enjoy, escape, move, cry, laugh, think, scream, recite, denounce, and believe.

Before I had to honor to represent musical theater musicians at AFM Local 802, I proudly represented Spanish language media actors, like our brother John Lenguizamo, at the Screen Actors Guild. Many actors in this unit, had to go through their own immigration process—the O-1 visa—to come over and fulfill their lifelong dream of being on the big screen. Some also did theater work, voice over’s, commercials, industrials, and yes, the widely watched telenovelas. And just so you know, telenovelas are very popular in different non-Latino demographics. Even though there’s work for our acting brothers and sisters, it was not until recently, they finally voted to formalize a unit and get their telenovela’s work under a union contract. Keep in mind, all the while, the English counterpart, soap operas, have been union all along. So, Spanish= non-union vs. English= union. Immigration arts, no matter what the medium is, no matter who performs it regardless of what the documentation granted by our nature of birth, deserves equal treatment.

This weekend New York enjoyed for the 18th year, the Latin alternative music conference. This year, they had a showcase called Sounds of Venezuela. The showcase included acts known to express their sentiments towards the former regime under Chavez and now under Maduro. I had the honor of talking to 3 of the 5 bands about their respective works. Two of those bands had to migrate and escape the current situation that our sister South American country suffers. Their respective productions are entirely based on their immigration experience. Viniloversus currently resides in Miami and their album is called Days of Exile, and yes, it is in English… on purpose. La Vida Boheme moved to Mexico City and their album is La Lucha/ The Struggle.

Their compositions— their artistic contributions— are considered dissident, suppressed, marginalized voices; one that only art and journalism deliver. Artists and journalists—like brother Javier Valdez Cárdenas, a journalist often-linking organized crime with Mexican government officials— have lost their lives to keep us all informed, aware, engaged and entertained. Chilean singer, songwriter and poet Victor Jara was tortured and assassinated by Pinochet’s regime and so was playwright and poet Federico García Lorca by Franco’s regime. The rise of these dictators and many more triggered a massive exodus of brothers and sisters of all walks of life in search of a better, safer life.

To all racists, sexists, xenophobic, image purists, haters of all kind and their government motivators: you can’t have it both ways. You can’t destroy our home, much like my motherland of Puerto Rico, exploit our resources, run the island into bankruptcy and then be mad when we come to recover what the people in power stole, which includes my own father who died as a result of the debt crisis. Furthermore, you can’t hate Latinos and scream at us to speak English because this is America (I have news for you: so is Argentina) whenever you hear one of us speak Spanish. All the while there are 2.6 Billion views of “Despacito.” I find it hard to believe there’s not at least one white supremacist pretending to be Daddy Yankee– swagger, coolness, gesticulations and all– while saying the last syllable “ito” on every verse, not knowing a single word Luis Fonsi is singing. It doesn’t work like that.

You can’t hate artists and threaten to defund the National Endowment of the Arts and then move the powers that be to score Hamilton tickets. Let’s not go that far, I’ve gotten calls in the middle of the night like I’m some Ticketmaster. You can’t hate unions and the labor movement, and be a devout die-hard sports fan to the point you’ve never missed a Super Bowl. Because, folks, these misdirected individuals sure hate us, but they love what we contribute to society. In other words, you can’t hate the immigrant, THE HUMAN, creating the product you so proudly consume. The value of the people, is always most important. We all MUST be open to a global artistic exchange and human embrace. Let’s all stand in solidarity with one another, even if we disagree; even if we don’t “understand” each other’s artistic expression.

To end, please donate to the Immigrants we get the job done coalition. Visit the Hispanic Federation’s website for more information. I want to take this moment to acknowledge and thank to the Freedom of the Press Foundation whose efforts go to protect journalists and whistle-blowers around the world. Let’s never forget some of these real stories, news and reports inspire much of the art we create.

“Our vision is to impress a larger mandate for culture across New York, our country, and

Defending Fidel and His Revolutions

This is no time to be neutral … More

Latest from The Plaza

If it's all over, then what?
A new study shows that many Americans are "drawn to ‘chaos incitement’"
You know the truth. Let's all stop denying it
Why I read the news at ease these days
A white guy with a gun and an agenda is a lot
Go to Top