Menu
After six years of composing, recording and soaking up the native music of his homeland, Dominican multi-instrumentalist and composer Vicente García has released his second and most mature album to date, A la Mar (Sony Music Colombia). The twelve songs and two interludes were recorded in the Dominican Republic and Puerto Rico with producer Eduardo Cabra, a.k.a. “Visitante” of the Grammy Award-winning Puerto Rican rap group Calle 13. Combining Vicente’s own pop-songwriting sensibilities with Caribbean and Afro-Antillean influences like bachata, reggae, pri-pri and gagá, A la Mar represents a giant step forward in Garcia’s blossoming career.
Vicente Garcia’s success is unprecedented– as an independent artist he came accumulated with his single “Te Soñé” more than 36 million views. His continuously growing base of followers in social media is enough to summon his public using one of his networks, so that the public is present in his surprise performances. With the new album, the first single “Carmesí” has over 6 million views; a highly elevated number for an artist that is not promoted in a conventional way.
The album is the result of a spiritual journey Vicente took through the countryside of the Dominican Republic to get closer to his roots during which he interacted and performed with Afro-Dominican communities. Garcia also enlisted the help of musicians from several of the rural communities that he visited during his travels to provide an authentic folkloric influence to the album on tracks like “Espuma y Arrecife” and “Zafra Negra”.
Garcia began his professional musical career in 2002 as the lead singer of Calor Urbano, an award-winning Dominican funk/soul band. After releasing a string of popular radio singles in the Dominican Republic Garcia decided in 2010 to begin his solo career and released his debut album, Melodrama (Capitol Latin/EMI). The album includes collaborations with several notable Latin American artists, including Mexican singer-songwriter and actress Ximena Sariñana on “Poquito A Poquito” and Puerto Rican reggae legends Cultura Profética on “Mi Balcón”. 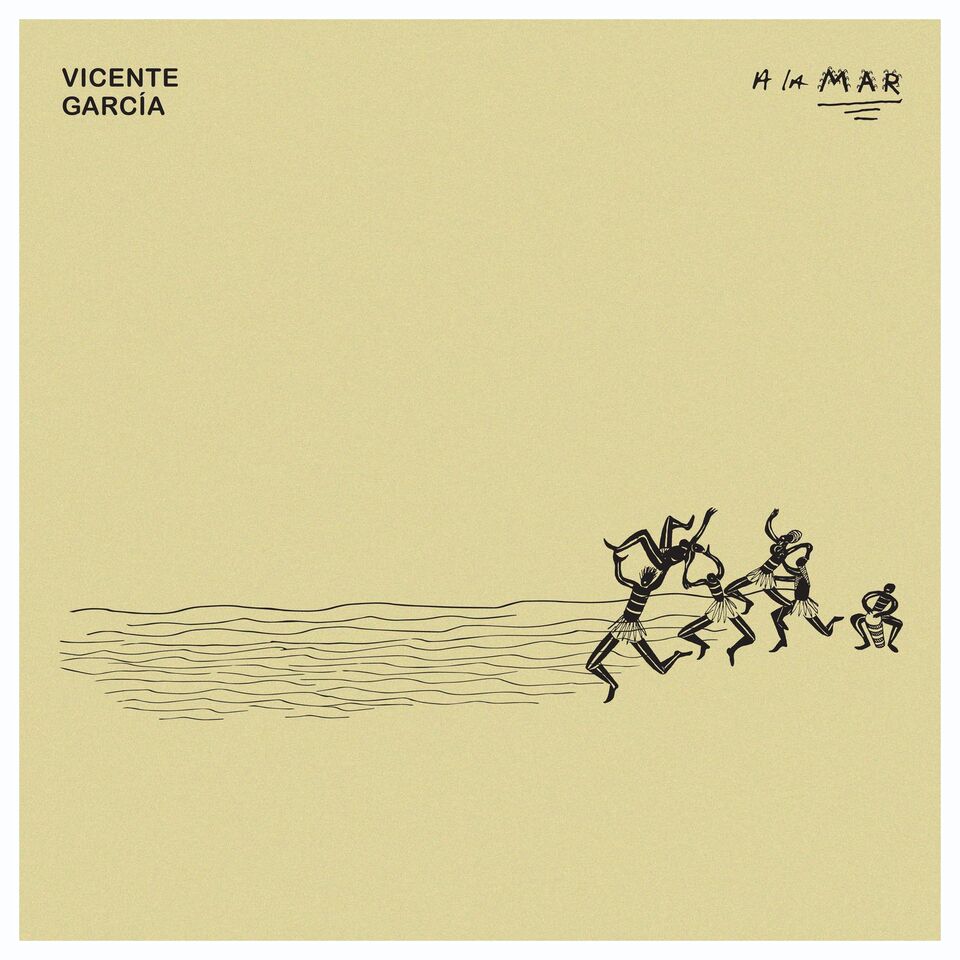 Four years later, Garcia independently released the bachata-influenced hit single “Te Soñé”, which was especially well received in Colombia, where it reached top radio rotation and helped him gain further recognition from the international music scene. In 2015, Garcia followed up “Te Soñé” with his second single “Entre Luca y Juan Mejía”, which combines pop, bossa nova, and Caribbean influences.
“A la Mar is an album that nourishes on afro-antillean music and becomes current popular music,” notes Garcia. “It presents many new ideas and contributes a new perspective to the themes of my song-writing through stories, landscapes and images that are narrated in a colloquial, Dominican language. The album more than reformulates my identity – it broadens the musical spectrum of my work and further reveals my artistic nature.”

From the soothing guitars and message of love on the album’s single “Carmesí­” to the pulsing, native rhythms on “El Yeyo” with its story of someone breaking down from jealousy, and from the romance between reggae and bachata on “Bachata En Kingston” to the political, afrobeat/Gagá fused “Zafra Negra”, Garcia has painted a deeply personal portrait of contemporary life in the Dominican Republic. As Garcia explains, “the album is like sailing through the Caribbean and each song is an image of the voyage.”
Garcia’s 2017 tour schedule has so far taken him throughout Latin America, including Colombia, Peru, Spain, Central America, and Mexico, where he recently performed at El Lunario in Mexico City. New Tour dates visiting South American and European countries will be announced.
Tags: Eduardo CabraVicente García

Statehood for Puerto Rico is not an option, in more ways than one … More

The Democrats’ Definition of Progress