Menu
OHYUNG, known for his provocative lyrics and creative videos for his genre-bending songs “Park Slope” (2017) and “All UNIQLO” (2015),  releases Untitled (Chinese Man with Flame). The album features an eclectic mix of collaborators: experimental jazz artist and Fred Ho collaborator Lorin Roser, Iranian-American rapper Lil Banned Man, rapper/producer and JPEGMAFIA collaborator Toyomansi, guitarist Lu Yang, Tokyo-based Japanese producer Muzono, queer Bronx rapper Charlie Sheena, Harlem poet Gia Shakur, and South Korean producer Beautiful Disco.
Untitled (Chinese Man with Flame) is the rapper’s latest contribution to a larger conversation that the artist has been having fostering: “I’ve been angry at America for a long time and some of these songs are reflections of that,” OHYUNG said. “In some of these songs I’ve created escape worlds. Others I made circuses. There are a few songs that are love songs to myself and young Asian Americans who have never seen compassion for themselves in this country.” The rapper continues to explore themes of identity and belonging:

“I’m trying to create a sound that is a detailed portrait of an Asian American; that shows the complexity of our spirit; anger, sadness, laughter. And searching,” he says. “I’m trying to create an album that bursts with joy, glides through the mist, cries with a friend, and goes head first into a blender.”

He briefly describes his voice and his political inspiration. 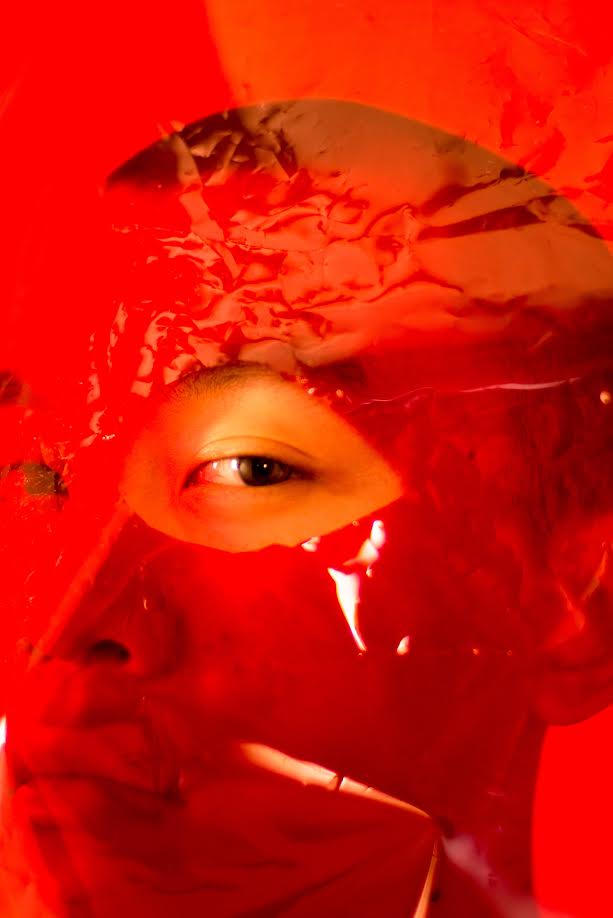 Marlena Fitzpatrick: In ALL UNIQLO you employ a satirical voice to criticize capitalism. Is the socio-political humor your main voice?

OHYUNG: I like to use absurdism to address the world and its problems. I think because the world is absurdly fucked up, often absurdism is the only response. It’s one element of what I do in music, but I also appreciate rap music as a whole and how it has addressed racism and inequality head on, and so I work with different forms of rap as well, and also other genres of music like experimental ambient & noise music and pop music.

Marlena Fitzpatrick: In PARK SLOPE you tackle gentrification. The video, however, is mainly about torturing produce. What’s the idea behind the video?

OHYUNG: Aditi Kini and Hannah Edizel co-directed the music video. While the lyrics directly address white people and their relation to POC domestic workers, the directors wanted to take a different approach. The vegetables and fruit are being blended into a juice, and the video plays with the idea of white people trying to cleanse away their white privilege with juice cleanses.

“Park Slope” the video interacts with the absurdist, multicultural music, telling the somewhat disturbing tale of the most Park Slopeian thing, after black, yellow, brown babysitters: The Cleanse. Why the obsession with being so clean, asks the video, almost cutely. What indelible dirt has lead you down this path? Might it be the cancer of privilege? Does your white guilt subliminally prevent you from enjoying your egregiously lavish lifestyle to the fullest? Where does the cleansing end?

Marlena Fitzpatrick: Interesting. What other issues do you tackle in your work?

OHYUNG: Right now I’m mostly focus on creating anti-white supremacist music. While I keep politics at the forefront of my music, I also focus very deeply on the music and sonic textures, and try to create a colorful and experimental landscape to go alongside the politics.
Ohyung Presents
Untitled (Chinese Man with Flame) Album Release Party
Friday June 1st at Trans-Pecos: 9-15 Wyckoff Ave, Queens, New York 11385
Featuring sets by:

Hudson, the latest book of poetry by Xánath Caraza, is the literal version of a sealed jar preserving the power … More

The coming-of-age novel aims to give a voice and raise awareness about discrimination and prejudice suffered in India. … More